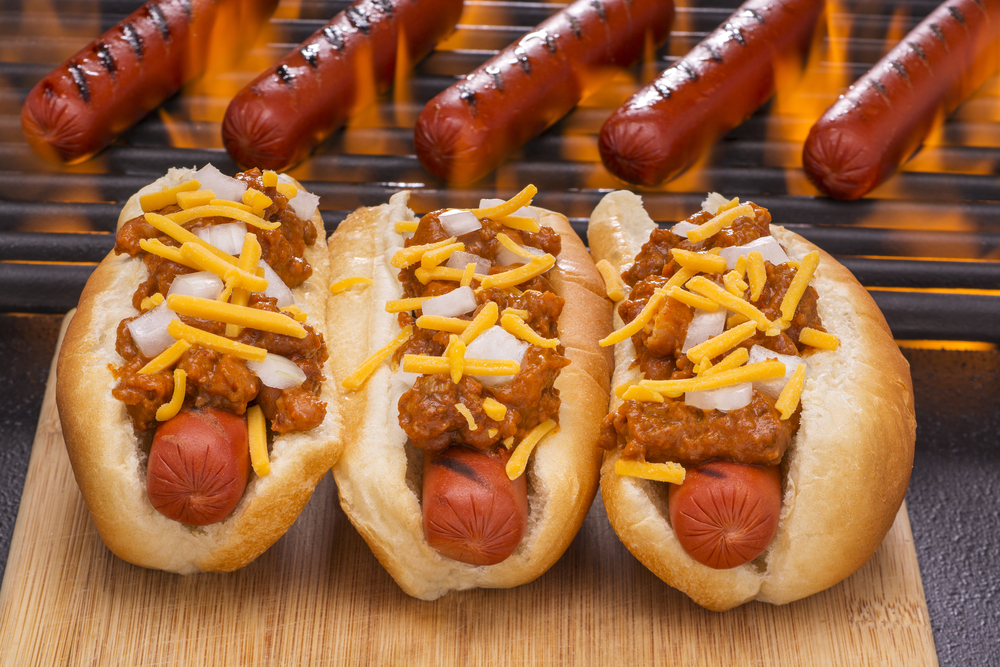 Best way to cook Johnsonville Brats? On a grill of course! Any other way, and you’re ruining them. Okay, so you have the crew coming over for the big event, and they’re all looking forward to Bratwurst loaded with juices and spices. You feel as if you’re in some type of competition – you want those brats to taste better than they were at the last get-together you had  (oh yes, you can do it so much better than Dave, Matt, or whatever his name may be).

You will want to grill those brats slowly over medium to low heat. I always grill mine between 300 and 350 degrees Fahrenheit for the best results. The desired internal temperature is 160 degrees Fahrenheit, and to reach this, it should take about 20 minutes, depending on the thickness. For those 20 minutes, you can joke around, or simply proudly stand next to the grill because deep in your heart, you know you’re showing everyone up. While you’re standing there though, don’t forget to turn them so that each side will get caramelized.

I went to a backyard party not that long ago and one of the guys really thought he knew what he was doing. I didn’t want to break it to him, you know, because he was the host of the party, but the truth is, he was using high heat in order to speed the cooking process up (I guess he was hungry or something), but in the Bratwurst world, everyone should know that it is a cardinal sin to cook them on high heat. When you use too much heat, you’re going to char the outside of them and cause them to split open (no one wants a split open charred brat). When they cook out, all of those juices are going to rush out, it’s a horrible sight to see for sure.

It’s Time to Start Grilling Those Brats Like a Professional

As you’re standing next to the grill, showing your pride, don’t let it be all about looks. If you walk the walk, then you need to talk the talk. Or, in this case, if you’re in charge of grilling those brats, then you need to make sure they’re the best brats anyone has ever tasted in their life!

They poke holes – I wish I was kidding with this one, but I have seriously witnessed people poking holes in their brats. If you do this, no offense, but why would you do this? When you poke holes in them, you’re allowing those delicious juices to leak out as they’re cooking. The trick is to keep those juices in, not let them leak out. Now I understand that there are some recipes out there that call for poked holes in the brats so that they can soak up a sauce, and that is okay. But if you’re simply poking holes in them because it looks cool, don’t do it.

Avoid Brats in a Package   – If it’s possible, stay away from the brats in a package. For your next big event, seek a butcher that can hand you some freshly-made brats. Trust me on this one, you can tell the difference between packaged brats and fresh brats. At the butcher, you will be able to get speciality brats that are made with different types of seasonings. It’s always fun to give different flavors a try.

Don’t Boil Them – By all means, please don’t boil those brats. If you’re going to boil them, you might as well toss them in the garbage because all you’re going to be doing is making brat-flavored water, and surely no one plans on drinking the brats, they want to eat them, right?  By boiling them, you’re not going to be infusing any flavor into the brats like some people say. Just stick to grilling and you’ll be fine.

Would you believe it if I told you that there is a grill out there that has specifically been designed for Johnsonville Brats? The one I found is the Johnsonville BTG0498 Sizzling Sausage Grill, and I must say, it is a great way for you to make sure those juices stay inside that sausage. 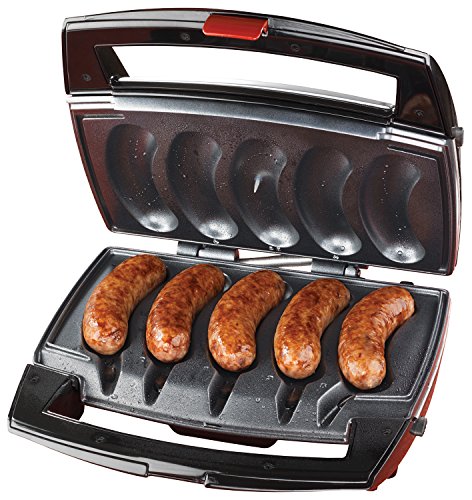 The brats will be ready to eat within 10-15 minutes of putting them on this grill. The cooking plates and drip tray are removable, so clean up will be hassle free.

Basically, if you’re looking to get the perfect sausage each and every time, then the Johnsonville grill is for you. With this in your possession, you’ll never have to worry about dried out, overcooked sausage again. The Sizzling Sausage Grill can do all of the work for you – it can test for doneness and when the optimal internal temperature has been reached, it will automatically shut off (now that’s my type of grill right there).

This isn’t your ordinary grill that you have in your backyard – this is a grill that has been designed specifically to capture the delicious flavor and juices of those brats. This grill has an ultimate surround-browning system and temperature control. Each time you’ll use it, you and your guests can look forward to super juicy, golden brown brats every time. Each slot is shaped and sized to hold brats and sausages in the perfect position as they cook.